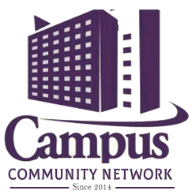 “I strongly believe that my service to humanity is one of the best values I can offer the society.”

“I strongly believe that my service to humanity is one of the best values I can offer the society.”

A student of Mass Communication at the Adekunle Ajasin University, Akungba-Akoko, Solomon is vast in areas of journalism. He recently served as an observer under Premium Times in the 2020 Ondo State gubernatorial election. He also works with Premium Times at present.
Apart from being a student of Mass Communication he also doubles as a Campus Reporter on campus. He is also the current president of Nigerian Union Of Journalist (NUCJ), AAUA Chapter.
Solomon discloses that he is a goal getter and in five years from now he envisages himself amongst the top globally recognized entrepreneurs. And that as at present his greatest achievement on Campus is attaining the post of the President of NUCJ.
“Engaging in numerous things as a student hasn’t been cumbersome for him ”, he says, my only challenge in school is effective time management and financial issues.

We’re in a digital age and one requires certain digital skills to thrive in this era. Solomon believes that his communication and accountability skills with his level of experience and voraciousness to improve would help him thrive.
After being notified as the Ambassador for the month he says he was elated as this would also be added to his CV. He pledges uphold the tenets of CCN, and contribute gainfully to young adults and the world at large. Life would be worthwhile if he serves humanity and also train people to be entrepreneurs.